Background. There is a high and largely undocumented burden of Congenital Heart Disease (CHD) in The Gambia. Many of these CHD are often oversighted during the time of policy making as the authorities may not be aware about them.

Objective. To assess the prevalence, pattern and outcome of congenital heart disease in the MRCG database in the Gambia.

Method. A retrospective descriptive study design was done. Records of 73 patients attending the clinic between 2008 and 2018 with a diagnosis of CHD in MRCG database were reviewed. Study outcomes included the age at diagnosis, the sex distribution, the types of CHD and the outcome of CHD surgical intervention.

Conclusion. It was concluded that the majority of CHD, from 2008 to 2018, in Clinical Service Department of MRCG, The Gambia, occurred in female children (58.9%), generally from the W Madinca tribe (43.8%), type of CHD was Tetralogy of Fallot (31.5%). The diagnostic intervention was generally based on Chest-X-Ray (67.1%). In general, surgery abroad with an indication of congestive heart failure (32,4%) and type of surgery was corrective. Outcome of surgical intervention was alive and well, but generally lost to follow up (55.9%). 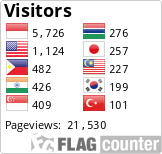